Jonathan Adams was blessed to be raised in a Godly home. After growing up with four brothers and attending non-instrumental Churches of Christ for his whole life, Jonathan spent 12 years of his life in Supply preaching, Associate Pastoring, Youth Ministering, and helping to lead Summer youth Camps in rural Southern and Midwestern Indiana.  Along the way Jonathan got married to the love of his life Mariah and they have been married for 10 years as of January 1st of this year (01/01/11). They have four children (Joseph-7, Gwendolyn-5, Thomas-3, Rosalind-1) with one on the way by God’s grace in August.  In the midst of dealing with many pastoral care issues that he was unequipped for; it was at the bedside of a man in his congregation dying of cancer that convinced Jonathan of the all-consuming sufficiency of scripture for every part of life. This led him to put down his Rob Bell and Carl Medearis books and pick up his Bible. Further reading and study convinced him of the historic Reforme
Post a Comment
Read more 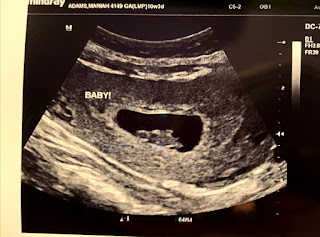 Jon Adams
I am a Christian. I am a husband. I am a father. Former homeschooler, former Christian High School and college student.